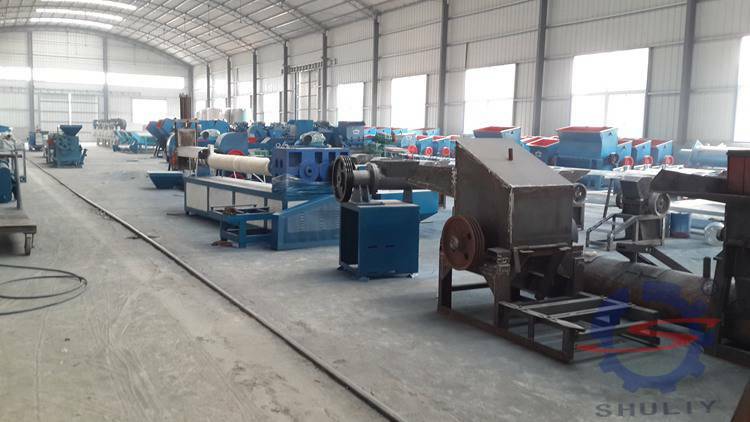 EVA film is a kind of thing called vinyl acetate copolymer, three-layer composite shed film with EVA as the main raw material. The toughness and viscosity of this film are much higher than that of ordinary PE film. In the granulation process, the fluidity is not enough, so the yield will be much lower than that of the general PE film. Many people who have just started to do plastic recycling granulation have insufficient understanding of the products. When the high-viscosity EVA film is used as a common PE film, the output is reduced, and the reason cannot be found. It is a problem with the plastic pellet manufacturing equipment, made a lot of jokes.

After purchasing plastic pellet manufacturing equipment, many users found that the recycled plastic film produced by the same plastic granulator had a big difference in output because the agricultural film was actually not only PE, but also PVC and EVA. Agricultural film.

PE film, mostly LDPE, is relatively easy to do. But how to distinguish the quality of LDPE film is not a simple matter. Because they are bundled for sale, they can't see the impurities and moisture inside, so many novice merchants buy the same as gambling every time. 1. The packaged materials are good, and the profit is still good. At least it is much better than buying solid waste.

The above information was reported by Zhejiang Kehao Waste Plastic Granulator Production Plant.

2. Quality can be seen from the appearance.

3. If it is a package, such as imported materials, if it is not rained, most of it is dry.

4. The customer who cooperates for the first time must check carefully. If it is the same source of supply, the raw materials in it will be similar.

Pay attention to the above points, but also help you solve some minor problems in production. The specific operation still requires everyone to know in the production process.